The following brief summaries are all of personal injury cases we have handled successfully over the last few years.

A worker inspecting a section of railway track close to a railway station in Inverness-shire who fell through a defective wooden drain cover, resulting in a dislocated shoulder.

A support worker who slipped on ice outside the front door of her employer’s offices and injured her hip and back.

A storekeeper employed by HM Forces who tripped on an overlong blackout-blind cord in offices where she worked, resulting in badly sprained knee.

An able seaman on merchant ship went over on, and broke, his ankle on an uneven area of the deck that had previously been earmarked by his employers to be levelled off.

A medical receptionist who tripped on a raised carpet edge in a doorway between reception and the back office, causing her to dislocate her shoulder.

A fish shop assistant who worked in premises with a leaking roof and a tiled floor. Her employers placed buckets on the floor to try and catch the drips. This system was inadequate and she slipped on a wet patch and fell. She suffered torn ligaments in her groin.

A supermarket chef who slipped on soapy water from a leaking dishwasher and fell, suffering a back injury that contributed to him being permanently unfit to return to work.

A contract engineer who slipped on ice in the yard at his employer’s premises and broke his ankle.

A self-employed delivery driver who struck his head on scaffolding surrounding the supermarket from which he had just collected groceries for delivery. He lost his balance and fell down a flight of steps, breaking a bone in his hand. The scaffolding had been erected too low.

A fish farm assistant who slipped on slime on the slatted walkway surrounding a salmon cage which had not been properly cleaned before being put back into service. She fell and fractured her shoulder.

A waste management operative who required to mend a part of a large machine that was not directly accessible from ground level. He had to climb up to the affected part via other parts of the machinery. As he returned to ground level, he jumped down the last couple of feet and landed on a section of hose which was not readily visible due to poor lighting. He went over on his ankle and broke it. A ladder should have been provided.

A delivery driver employed by the NHS who suffered a back injury while attempting to manoeuvre a bed by himself into the back of his delivery van. It should have been designated as a two-person task.

A ‘heavy plant’ service engineer who suffered injury to his shoulder as a result of having to manipulate, in a confined space, parts of a piece of agricultural machinery which should have been moved by a crane or other mechanical means.

An estate worker who had to lift sandstone blocks from ground level onto the trailer of a tractor and injured his back in doing so.

A forestry estate worker, who already had a history of back trouble, who injured his back when he had to lift and stack a large number of logs of hardwood timber.

A supermarket employee who had to repeatedly lift cases of beer from floor level up to a colleague standing on “airport” steps so they could be placed on high shelves. She suffered a wrenching injury to her shoulder.

A labourer who, together with a colleague, was instructed to lift a soil compacting machine over foundations and a wall. He lost his footing and fell, injuring his back. This was manual handling which could have been avoided with proper planning.

An airport baggage handler suffering back injury through repetitive manual handling of luggage “on the ramp” in relation to both helicopters and fixed wing aircraft. The work involved overstretching, confined spaces and manual handling whilst kneeling. Much of the manual handling could have been avoided by appropriate use of mechanical aids, including conveyor belts.

An airport baggage handler who injured his back as a result of having to load a large number of bundles of newspapers onto an aeroplane, which required him to stoop for much of the time in a confined space.

A supermarket grocery assistant who suffered a painful hip injury when she was knocked over by a forklift in the warehouse at the premises. There was a failure to ensure safe movement of vehicles and pedestrians within the workplace.

A railway worker injured while inspecting track infrastructure – he fell through a rotten wooden drain cover which had probably been in that condition for at least many months, suffering a shoulder dislocation.

An injury to a support worker on her employer’s premises when she slipped on ice at the entrance to the building from the employees’ car park – sustaining a back and hip injury.

A storekeeper working for the RAF who tripped on a cord used to operate window blinds. The cord was too long and had not been properly adjusted at the time the blinds were installed. She suffered a knee injury.

A courier who was bitten on the foot by a dog at house to which she was making a delivery at the time. The wound required stitches. This claim was also based on the Animals (Scotland) Act 1987.

A medical receptionist who fell and dislocated her shoulder as a result of tripping on a raised carpet edge in the GP surgery where she worked.

An assistant in a fish shop where the floor was tiled and the roof leaked – to the knowledge of her employers. She slipped on the wet floor and suffered torn ligaments.

A contract engineer who broke his ankle after slipping on ice in the yard attached to his employer’s premises.

A primary school pupil who tripped on defective tiles on the ground in a public play park and fell against a climbing frame, resulting in the loss of several teeth.

A supermarket shopper who was knocked over by a member of staff on a ride-on cleaning machine, suffering a Colles fracture of her wrist.

Control of substances hazardous to health

A former employee of a food manufacturing company contracted chronic obstructive pulmonary disease (COPD) as a result of years of working in an atmosphere polluted by the combustion products of the feathers and skin of poultry as they were being prepared for cooking.

A young woman employed in a kitchen who suffered chemical burns to her feet after they came into contact with a corrosive cleaning substance on the floor of her workplace.

A fabricator / welder who suffered a degloving injury to one of his fingers as a result of an accident involving a defective power press. A guard system that should have operated was not working properly at the time.

A lorry driver who was injured when one of the rear doors of his trailer was blown against his shoulder in high winds. The mechanism to lock the door in the ‘open’ position was defective and the door therefore swung free unexpectedly.

A leaking dishwasher in the kitchen of a supermarket café, which resulted in an employee slipping on soapy water and falling and injuring his back.

A council recycling centre attendant who suffered a serious hand injury while trying to close the heavy hatch on a paper recycling bin when the handle slipped from her grasp and the hatch fell and crushed her hand against the side of the bin.

An escort carer who was tripped up by the disabled person she was assisting from a vehicle into a wheelchair, causing her to fall and break her wrist. The wheelchair user had a known problem with controlling her limbs and foot stirrups would have eliminated the risk to the employee.

A stevedore at a shipping terminal whose hand was crushed between two cargo containers whilst she was assisting and directing a forklift driver. Due to a defect in the base of a particular container, it moved unexpectedly when the forklift driver tried to push the forks underneath it.

An HGV driver who suffered a back injury when he had to move suddenly out of the way of the swinging rear door of the trailer of his lorry. A piece of scrap metal in the trailer had shifted without warning as he was preparing to unload the trailer at a scrap yard. This caused the door to fly open. The risk could have been eliminated by providing a hydraulic opening and closing mechanism for the rear doors.

An agricultural worker who fell from height as a result of a defective potato box collapsing under his weight, resulting in multiple upper and lower limb fractures.

A rigger at an oil terminal injured while moving a section of heavy pipe which – unknown to him – had not been slung or secured properly. It moved unexpectedly and he suffered a crushing injury to his hand. The lifting operation had not been properly planned by a competent person, was not properly supervised and was not carried out in a safe manner.

How we can help

Feel free to get in touch with us if you have any questions about the cases above or any aspect of our personal injury claims services.

All initial enquiries are free of charge and without obligation.

Alternatively, complete and send us a FREE Online Enquiry. 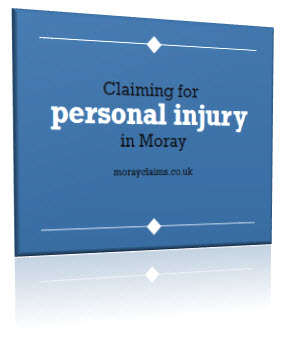